Zetizen pays homage to different cultures of sound native to regions found in the Balkans, West Africa, India, and the Middle East. In the midst of recent xenophobia occurring around the globe, we seek to exemplify just how beautiful the world is with its diverse cultures combined. Featured instruments include Kora, Cello, Gadulka, Kaval, Gaida, and Ableton Push. 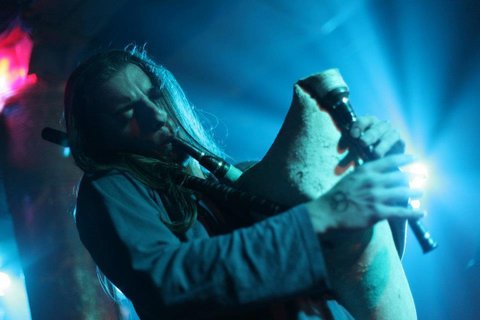 Born and raised in Machakos, Kenya comes Machakos Kyalo whom is one of the most promising hip hop artists that represent Machakos. With singles such as “Run Caleb Ndiku”, “100 or So” “Uka Uka” and recently released “Victor Wanyama”, Kyalo has proven that he isn’t only a hit maker but one of the best performers that will leave you chanting sounds of Machakos.

On february of 2017, Kyalo took it upon himself to start “A greener life is a livable one” tree planting project with his last EP “Rude Boi” to plant 10,000 trees in schools around Machakos by selling digital copies of it. He accomplished that goal and is now challenging himself and his ONE TRyBE COMPANy collective to build a sound school in Kenya that accommodates all the young talents in Kenya that dream of learning music. Simply inspiring the youth to dream more.

Check out Machakos Kyalo on:

“Refreshingly positive and life-affirming” (VICE); a “tour de force” (Mass Appeal); “wild and catchy” (Brooklyn Magazine); “exceedingly unique” (Wild Honey Pie); “fresh and inventive” (All About Jazz); “levitating on a bouncy, cloud of air” (Impose Magazine). From December 2009 to August 2016, EMEFE established itself as one of the most exciting bands to come out of New York City, through countless legendary live shows and 7 studio releases (including 2015’s EMEFE and 2012’s Good Future). Now, they reunite for one special June weekend, coinciding with the release of Live at Bryant Park, a document of their powerful final show as a band in August 2016.

Singer/Songwriter/Vocalist and Keyboard Player.
Musical style has been dubbed “Earth Spirit Revival”.
His songs are prayers, for human beings to come together in this time, to build together for the next generations.
He is the creative visionary behind PermaJam (a model for festivals that transform the land and unite communities).
He has dedicated the last 8 years in service, organizing for environmental and social causes, helping to build farms and permaculture projects.

Check out Jon Lee Rucker on:

Barika is a 6 piece funky, dubbed out, psychedelic West African flavored band from Burlington, Vermont. The group is led by Craig Myers who, in addition to leading Barika on the N’Goni, is also a current member of Mike Gordon’s band, and was one of the original founding members of Rubblebucket. He has performed alongside many artists and bands including Midnight, Toubab Krewe, Djeneba Seck, and John Brown’s Body.

Check out Barika on:

:::Soundscapes channeled through the planetary offerings of cosmic spirits:::

:::Transcribed with the intent of catalyzing our universal love into a wave of conscious energy:::

:::Invoke the internal, ancient wisdom; Resonate with the collective vibration:::

Check out Icaro on:

Dirtwire is David Satori of Beats Antique, Evan Fraser of Bolo and Mark Reveley of Jed and Lucia

Dirtwire sits on the front porch of Americana’s future, conjuring up a whirlwind of sound using traditional instrumentation, world percussion, soundscapes, and electronic beats. Comprised of David Satori (Beats Antique), Evan Fraser (Hamsa Lila; Bolo), and Mark Reveley (Jed and Lucia), each performance brings both band and audience to a mysterious crossroads of beats, blues, African, Asian, and South American sounds. The result is a rebirth of Americana and a post-millennial psychedelic journey to downhome goodness.

Check out Dirtwire on:

M.A.K.U. Soundsystem, a powerhouse 8-piece band, are innovators of immigrant beat. Born out of the diverse borough of  Queens, NY and and incubated in the tiny Colombian-owned venue Terraza Cafe, M.A.K.U was able build their explosive sound and unshakable grooves. Afropop Worldwide praised the “frantic terrain” the band explores. NPR raved about the “driving and gritty energy…this raw-edged, punk-tinged band explodes with the propulsive force of traditional rhythms and urban restlessness.” The party continues. M.A.K.U put out The Mix (Peace & Rhythm, 2017) their 5th album in January and have already begun writing new and original music for their 6th album.
Over the past 7  years of rehearsals and gigs, criss-crossing the United States from the Lincoln Center Outdoors -in their adopted hometown of New York- to Chicago, Los Angeles, Toronto, Canada and around the globe to the Roskilde Festival in Denmark and onto the Atlantic Music Expo in Cape Verde. Everywhere they’ve won over friends: a storming appearance at globalFEST saw the band awarded a touring fund, while new outlets have kept heaping praise.
M.A.K.U’s music derives from their immigrant experience, which is an opportunity to create, to find a voice that speaks loud and proud, to connect past and future. A chance to make history.

Check out M.A.K.U SoundSystem on:

Youssoupha Sidibe recorded with Matisyahu on his album “Youth” which Youssoupha received a Gold record for as well as a Grammy Nomination.
“Yousoupha is great. I have performed with him many times — almost always without any rehearsal or even speaking much — and we find ourselves on stage together sharing very deep and moving musical improvisations. His melodies are beautiful, his rhythm is engaging, and he is a spiritual man transmitting roots music. I am a fan of Yousoupha and his music.”
-MATISYAHU – Multi-Platinum Selling, Grammy Nominated Musician

Youssoupha Sidibe is a Senegalese West African Kora (African Harp) player. Throw out all your ideas of what a harpist is, Youssoupha breaks out of traditional Kora styles many hundreds of years old, still predominant in Kora players, to create a new style blending aspects of Reggae, and western music creating a new style that has never been heard before.

Through this and many other collaborations, as well as countless performances over the course of 25 years, Youssoupha has developed thousands of fans all over the world. Youssoupha has performed and recorded with many exceptional musicians. Grammy nominated for his collaboration with Matisyahu (Youth), he has released albums with Charles Neville (Tree of Life), Midnite (For All),Steve Kimock (TBA) a duet with Michael Franti (What I be), and collaborated live with India Arie, , Bela Fleck and the Flecktones, Michael Kang of String Cheese Incident, Chris Berry Trio, Shimshai, and many more.

Youssoupha has performed at some of the most famous festivals and venues in the world including :The Hammerstein Ballroom NYC, The Warfield Theatre SF CA, The African Festival of the Arts Chicago, Reggae Rising, Reggae on the River CA, Stanford University, Salmon Arm Roots and Blues British Columbia, to name a few.

Charles Neville & Youssoupha Sidibe project press:
“The rippling, and at times percussive, arrangements with the kora are like rocks in a stream, with Neville’s fluid and melodic saxophone like water flowing over and around the rocks. The music is meant to be a healing force that binds the past with the present. ” – Beth Peerless – The Monterey County Herald http://www.montereyherald.com/gomagazine/ci_16583155?nclick_check=1
“The project connects jazz and traditional African music, and the result is as stunning as it is soothing… It’s both a brave departure and completely natural. The CD is worth a listen when you are in the mood for quiet contemplation and simple beauty.” – Register Guardhttp://www.registerguard.com/csp/cms/sites/web/news/sevendays/25550333-35/sidibe-african-music-neville-kora.csp
“Grammy-winning, jazzy Neville Brother lends his restrained, sultry sax lines to Youssoupha Sidibe’s sparkling, reggae-inflected African harp, the latest in the Senegalese virtuoso’s collaborations with Western artists, including Matisyahu, Michael Franti, Bela Fleck, India Arie and more.” – Brett Campbell – Willamete Week
http://www.northcoastjournal.com/music/ (scroll down page)
http://www.mailtribune.com/apps/pbcs.dll/article?AID=/20101112/TEMPO/11120302
http://portlandtribune.com/features/story.php?story_id=129003025763068000

Check out Youssoupha Sidibe on:

Chris works with therapeutic sound throughout New England. Residing in the Pioneer Valley of western Massachusetts, he provides sound for meditation and yoga. He is a founding member of The Resonance Collective and Binaural Beat Brothers ft. Resonant Phibrations — a group of sound workers that incorporate binaural beats, intentional frequencies, and sacred sound instruments into sound experiences.

I am a mathematical, acoustical cosmonaut surfing ethereal waves harmonic; I breathe sunlight and am a brother to lightning. Through several years of study, I have come to find that my understandings of life are shared through my passions to communicate concepts of Sacred Geometry, Science, Music, and Souls; I am a scholar of purpose. Be well, and never forget: The beat doesn’t stop!!

Check out  Binaural Beat Brothers on